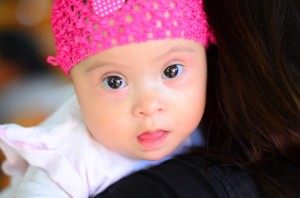 As soon as I answered the phone and David started talking I knew something was wrong.  We had spent most of the day in El Rosario and had only been home a few hours.
“We just got a call from Silvia…and Blanquita’s heart stopped…and her lungs failed.”
“Is she ok?”  I didn’t know what to ask.  Her heart had stopped once before.  But I knew.
“She didn’t make it.” He said.

“We didn’t talk with her for very long but she is obviously upset.  We told her to call us if she needed anything.”

I spent the next few hours frustrated.  I was frustrated at God but really, I was frustrated with myself.  Had I prayed enough?  We have been so blessed by God since we landed in Guatemala and I just didn’t understand this.  Why didn’t God answer my prayers?

“Of course!” we said but we had to ask if she had paperwork to take Blanquita with us.  She assured us that she did.  I’ve never heard of anyone being able to take a persons body from the hospital like that and I definitely didn’t want to answer questions if I got stopped in the middle of the night by the Guatemalan police.
We arrived in El Rosario just before 2am.  It was a quiet ride.  Silvia and Lindsey just held onto each other.  Silvia’s mom, Alvita, had prepared a room with a beautiful white material covering one of the walls and the same white material covered a small table.  Alvita asked me to carry the tiny white casket to the room and set it on the table.  It’s something I will never forget.

Some of the neighbors had already started showing up and as some left, more stopped by.  David, Lindsey and I sat quietly, praying, and supporting our friend.  As Silvia and Alvita changed Blanquita into a little white dress, I sat there imagining the pain she must be going through.  I couldn’t do it.  I couldn’t imagine the loss of one of my children.
At 4am we asked if there was anything we could do to help.  Silvia said they were working on the details of a funeral and would call us as soon as she knew.  We each kissed her on the cheek goodbye and gave her extended hugs.  Again, it was a quiet ride home.

At 6am, two hours later, Alvita called to let us know that the funeral would be in Patzun, a small town about an hour and a half away.  She asked if we could take her family to Patzun later in the morning.

At around 11am we gently set Blanquitas casket in the back of my van and drove to Patzun with a van full of family.  It’s clear at this point we have no idea what to expect.  This wasn’t in the missionary handbook.  No one prepared us for this day when we were commissioned as missionaries.

During the drive I prayed that I could somehow express the love of God to this family.  I prayed that God would allow them to grieve but cover them in peace.

When we arrived, it was a flurry of activity; Paperwork to be signed for the burial, hugs and condolences from family and women preparing meals for visitors.  Silvia and her family spent the night in Patzun and we drove back to our homes in San Lucas.  The funeral would be the next day.
When we arrived the next morning, Alvita asked if I would pray for Blanquita before the funeral procession.  What do you say to a mom and a family who just lost a baby who wasn’t even a year old?  I kept thinking about Job and what he did when all of his children were taken from him in one day.  He didn’t cry out in anger or frustration with God but rather he fell to his knees in worship.  He praised the Lord – Job 1:20-22.  And, so we praised God for the 11 months that Blanquita blessed her family.  She certainly blessed us over the last 3 months that we knew her.
For the last time, we put Blanquitas tiny white casket in the back of the van and drove down the street to the cemetery with the back door to the van open.  About 30 family and friends, who walked slowly behind, followed us.  You could see the faces of onlookers smiling and going on with their day until the van passed and they could see the casket.  You could hear gasps and whispers immediately.
After the 45-minute walk to the cemetery David and I read scriptures and prayed.  Today we were not missionaries, nor pastors.  Today we were family, saying goodbye to our sister who we love deeply.  She is with our Lord and Savior.  Thank you God for blessing us with her life. 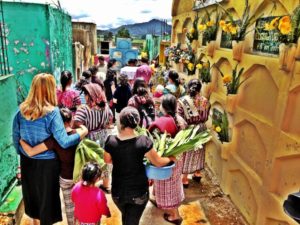