Skip links
The El Rosario Christian Academy For Boys
Our team has been praying about the possibility of establishing a Christian Academy for boys.  We believe one of the greatest challenges in El Rosario and among small villages all over Guatemala is that fathers leave their families.  We have seen it happen right in front of our eyes.  Mothers are left to raise kids with little or no income and boys are left with no positive male role models.  They are all left scrambling just to survive.  I know that sounds melodramatic.  It’s not.
God has put the boys and single moms of El Rosario on our hearts.
We have been praying for favor with the principal who we met with yesterday.  Just before we went into the meeting, our team prayed that God would open doors.  We prayed that He would not just open doors but that He would blow the doors wide open. 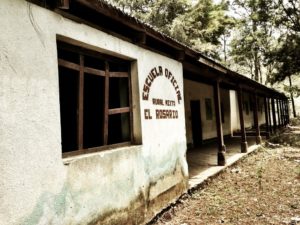 “Sr. Rosales, we would like to bring the abandoned school below, back to life.  We know it has been abandoned for 15 years and it’s in poor shape.  We know it will be expensive to remodel.”
Mr. Rosales, the principal of the only school in El Rosario, just listened.  I couldn’t tell if he was smiling or if he was thinking about the 350 kids yelling on the playground right outside the door, so I continued.
“We would like to teach a group of young boys about the bible.  About Jesus.  We want to equip them for potential jobs by teaching them English.  We want to feed them every day we meet.  Once a month we want them to participate in a service project in El Rosario.  We want them to give back to their community.” 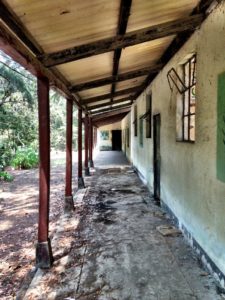 Long pause.  I continued.
“We want you to know that we do not have money for this.  Not a single Quetzal.  It would be our goal to begin the academy in July, here at your school, until we raised the money to remodel the school below.  We understand that the Guatemalan government owns the land and the building.”
And then…the BIG question that was begging to get out.
“Do you think this is possible?”
I don’t know how long Mr. Rosales waited before he spoke but it was not for effect.  He was clearly choosing his words.
“I have been at this school for many years.  I have wanted to do so many things to make a difference in this school and in the community but I have not had the help needed.  It makes me happy to hear about the things you want to do and I’m glad that I am still here to be able to see them happen.  I have a meeting with the Guatemalan government on Thursday.  I will have a definitive answer for you on Friday but I can’t see any reason you won’t be able to remodel the school to teach English and teach the bible.” 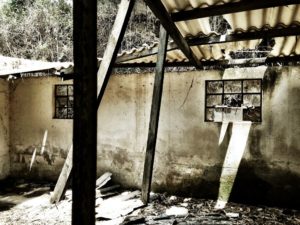 He said, “I will organize a group of volunteers to completely clean up the school below….this Saturday.”
I clarified, “We don’t have the money to remodel the school YET but we are praying about it.”
“The school below will be cleaned up and ready.  Also, do you need a key to one of the classrooms of THIS school?  I’ll make a key for you if you need a room to begin in July.  If you need five rooms, I’ll make five keys for you.”

That’s what it looks like when God opens doors!

I left the meeting imagining what it would look like to have classrooms of the new school filled with boys, learning about a Father who would never leave them, A Father who would never forsake them.  I imagined boys with wide eyes learning about Moses and Job and Isaiah.  I imagined boys wanting to grow up, not just learning about Jesus, but LIVING FOR Jesus.
It was a good day.
If you would like to be a part of our support team Click here.  If you want to email us, we would love to hear from you! or .  You can call us any time from the States at 970-449-9449.
We would love to have you visit!  Have you always wanted to go on a short term mission trip but didn’t know where to start?  We can host up to four people and have spots available in September and October.  We can also add you to our calendar for 2014.
Follow our journey at GodCalledUs.com.
Share on