One month ago on March 15th Guatemala had its first confirmed case of the Corona virus. One month later, there are 430. There were 43 new cases just yesterday. A closer look at those numbers and you realize they don’t tell the whole story, (there is almost no testing being done in Guatemala.)

A better indication of the Covid’s growth can be seen in the Hospitals. They’re already sending people to the auxiliary hospital, a converted warehouse. The country is small but extremely dense and riddled with “underlying health conditions”. The recent mandate of wearing masks at all times is helping but may be giving people a false sense of security.

Cecilia and I drove to the nearby Chimaltenango market yesterday with intentions of buying supplies for the food we were delivering later that day. I didn’t even get out of the truck.

“The market is a gigantic Covid petri dish Ceci.”

We had no words as we drove through the hundreds and hundreds of people shopping the market. It was surreal. Most people were carrying on like it was a normal day, but they all wore masks.  Zero social distancing.

I don’t think there’s a President who’s been more proactive than Guatemala’s new President Alejandro Giammattei. He quickly shut down borders and the International airport. Within a few weeks he mandated a curfew and shut down the public and private transportation system. THIS WAS HUGE and probably saved thousands of lives.

It’s also a balancing act because the President knows that people have to work and buy food regularly. I don’t know anyone who can buy food for more than a week at a time. Most people in the villages buy food for just a few days. He doesn’t have the luxury of a full quarantine.  Too many people would die of hunger.

Yes. Guatemala is THAT fragile.

After Cecilia and I spent the day delivering food, as the sun was setting, the local mayor and his board met us at our gate. They gave us a list of the most vulnerable in our little village. As I looked over the list, every one of the names falls into one of four categories. Sick. Single moms and widows. Elderly. Or,“Escasos Recursos” – Scarce Resources – Poor. 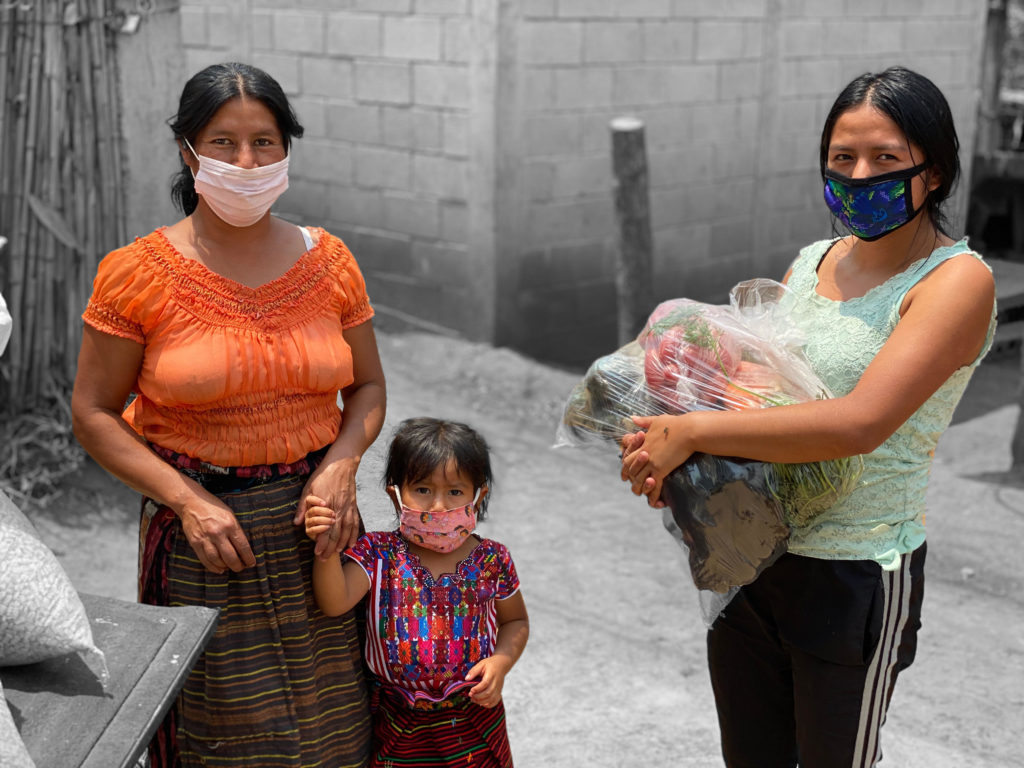 I told him I would pray over the list and that we would help everyone we could. I showed the list to Vonda. We both just stared at it for a while. The list was long.

With a concerned look in her eyes she said, “Let’s help them all. We’ll figure it out.”

Single people, when you’re looking for someone to marry…marry THAT one. The one who says, “Let’s help them all. We’ll figure it out.”

This is what $50 buys and what we’re delivering to families.

Depending on the size of the family, this should last 2-3 weeks.

All our love,
George and Vonda