It’s been 3 months since the 4 “Littles” came home. How is that possible???

On the first morning, we all sat down for our first family meeting. The meeting was mostly for the oldest, Amado, because the three littlest wouldn’t be able to grasp what we wanted to talk about.

“Amado, you have a new life  today. You have a new house and new brothers and new sisters. I’m your daddy and Vonda’s your mommy, FOREVER.” “Do you understand that?” With the biggest smile he could stretch, he quickly shook his head, ‘Yes’.

“And so, we’re going to give Valentine a new name. His new name is Israel.” Amado repeated his name as if he were practicing it. “Israel.”

“Rosario’s new name is Isabella but we can call her Bella.” Amado repeated each of their names. “Bella.”

Honestly, we weren’t sure how this was going to go down. How would Amado react to a new name???

“And we have chosen your name after a BRAVE man of the Bible. He was BRAVE and SMART and FORGIVING.  Your new name is Joseph.”

With wide eyes, he repeated “Joseph”. He said it, almost like he was trying it on.  It fit.  He liked it. 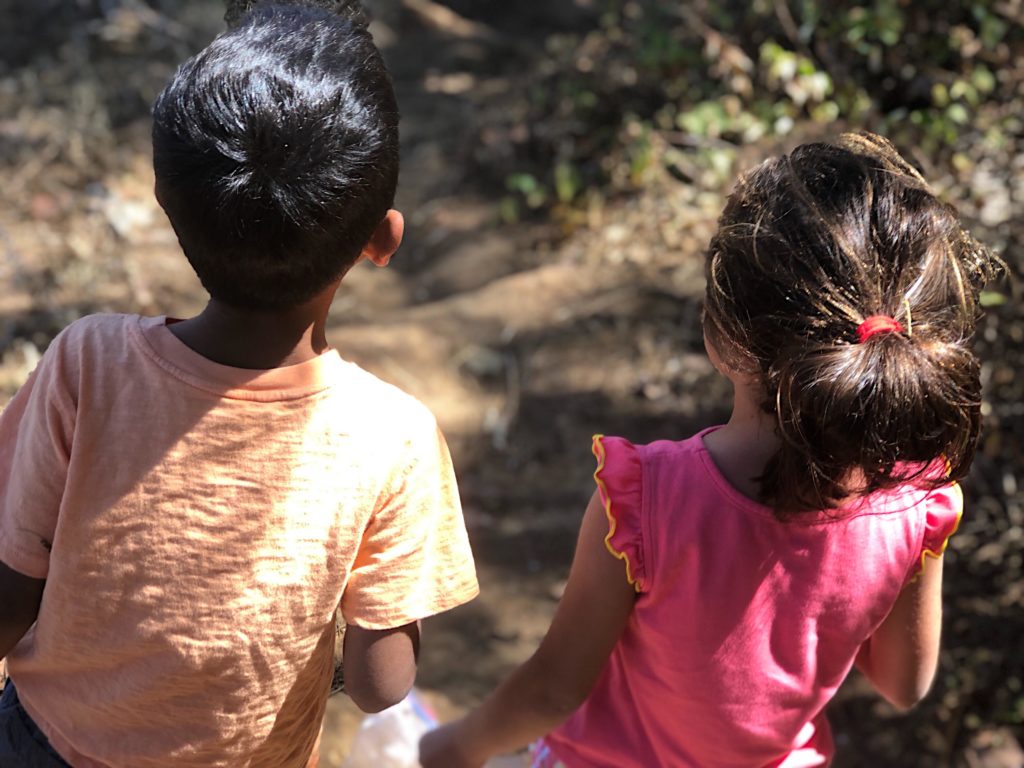 On the first 3 mornings AT 5:30AM, we had 4 little faces at the side of our bed, “Good morning Mami!!! Good morning Papi!!!” I saw my life flash before my eyes. You think I’m kidding. I’m not. Coffee time with Vonda was gone forever, just 4 little faces staring at us like personal tour guides and activity planners. “We wanna play!”

By day 3, the honeymoon was over. In the mornings our eyes bled until we could sufficiently soak them in coffee. The two oldest were OVER the structure and rules of our home and they were pretty confident they were running the show.

In the loudest possible, screeching scream, Joseph made it clear, “I DON’T WANT TO!” He strained his arms at his sides and strain his face and neck so you could see veins.  In a pitch that would scare dogs for miles, he yelled, “NO QUIERO!!!”

“Joseph, let’s pick up your toys.”

As I type this, I’m smiling because I know something you don’t. It gets better. A lot better. And they weren’t running the show like they thought they were.   😆

Joseph and Isabella didn’t like the Time Out Bench…AT ALL. But little by little, they understood that once they calmed down and stopped yelling we could start a timer for 2 or 3 minutes. In the beginning, it took them HOURS to stop screaming. (Just ask Jeff and Karlie who lived below us.)

For the first 30 days, about every 15 minutes, Timothy would grab us around our knees, hug us and chant, “You’re my dad” or “You’re my mom”.

He would smile and squeal, “Para siempre!” (Forever)

He was either reassuring himself or reassuring us, 30 or 40 times a day, “You’re my dad and mom, forever.”

This is my summary of month one:

Joseph – “NO QUIERO!!!” He was angry. Once he settled down and we talked, I sometimes asked, “Why did you get so angry Joseph?” “I don’t know daddy.”

Bella – SCREAMING…for hours. She was frustrated.  She didn’t like to be held or consoled.

Timothy – Always smiling but desperate for love and attention. He was unsure.

Israel – Woke up singing and basically smiled all day. He was happy.

Me – I WANTED to feel like they were my kids but I didn’t. And to be honest, I’m still not completely there. That frustrates me.

THE HONEYMOON IS BACK ON!

Every day is better. Less screaming. Less crying. Growing patience. It’s all good, but it’s A LOT. Do you remember when you were a kid, playing in the back yard? Drinking water from the hose? It’s like that…except it’s not a garden hose, it’s a fire hose. 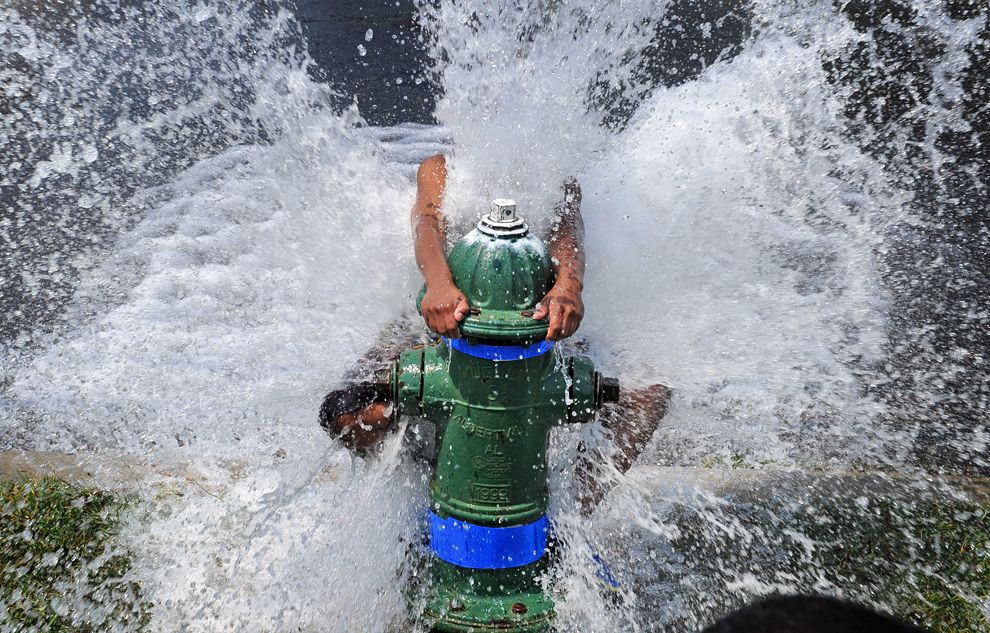 Vonda takes them on a walk almost every day. THEY LOVE BEING OUTSIDE and they love Vonda’s attention. I’m nominating her for the Nobel Peace Prize for buying a clock with hands on it and showing the boys they have to read or play in their room until 7am. We have some of our coffee time back! BOOM!

A representative from the National Center of Adoptions, CNA, visited us at the end of the 2nd month. He knew the kids from their time at the orphanage but the social worker, who came with him, had never met them. They sat in the car before they came in and he explained to the social worker to “expect world war 3”.

Joseph and I met them at the door. “AMADO! How are you?” He kneeled down to look him in the eyes.  Joseph stood behind me and grabbed onto my leg. “Don’t you remember me?” Joseph shook his head, ‘no’ and went into the living room to sit with his older brother Samuel. There was no yelling. There was no screaming. Bella was hanging out with her big sister and Timothy and Gabe were reading a book. It reminded me of an old library. Everyone was busy…but quiet.

We explained that they were the only visitors we’d had in 2 months and that we were in the process of “Cacooning”. No visitors for a month of each year of their life. No Gramma’s, no neighbors, no one. It’s our way of letting them know they can count on us, we aren’t going anywhere and that we’re their family, “Para siempre”, FOREVER.

The representative from CNA was visibly shocked. He said that in all the years he’s worked in adoptions, he’s only seen one other family “Cacoon”. “You’re doing an amazing job. The kids look happy.”

“They are happy. They’re home.”
****
If you’ve been adopted or if you’ve adopted, please leave a comment.   Scroll down to SHARE. 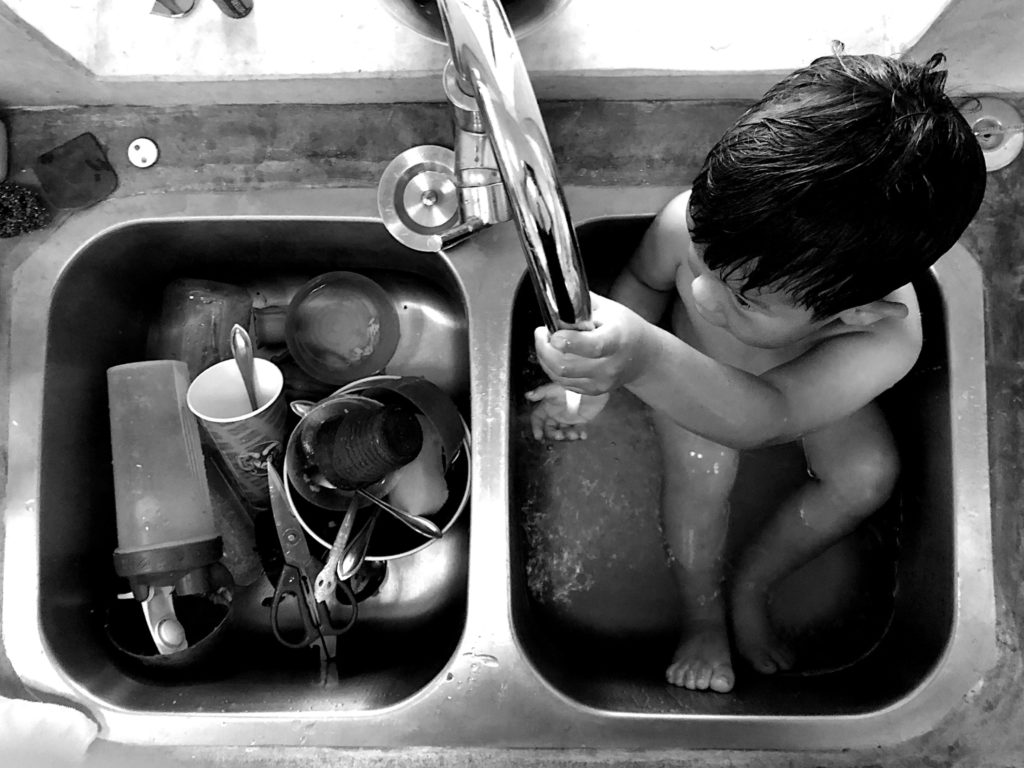