I met someone in a photography Facebook group a few months ago. Barbara asked about the type of work I did and I wrote that we were missionaries in Guatemala. She said she was also a Christian and thus began our Facebook friendship, which mostly consists of liking each others family pics.  🙂

I periodically saw photos of Barbara come across my newsfeed and it seemed like she was either getting ready for surgery or recovering from surgery. I commented that I was praying and then I wouldn’t see anything from her for weeks. 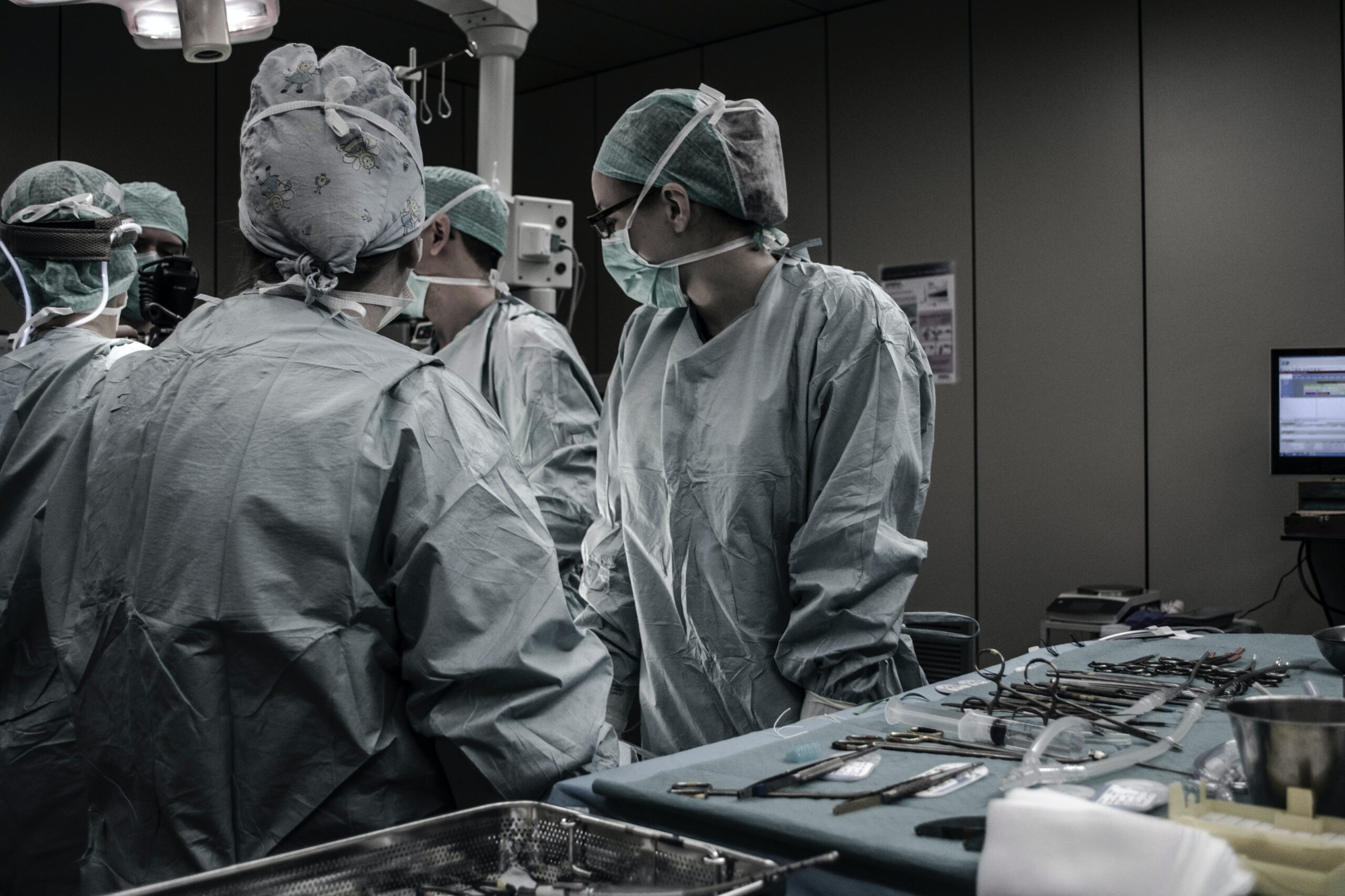 A few days ago I sent her a message asking how she was recovering.

“I just got the staples out of my chest on Wednesday and I’m so excited that I don’t have any more surgeries scheduled. It’s been a rough 7 months. I can now finally start physical therapy for my back. The back surgery was months ago but I had so many other surgeries I still couldn’t do anything.”

I didn’t reply right away. I think my brain was trying to take in what she’s been through. I simply texted, “I am so happy for you. ❤️ ❤️ ❤️  “ 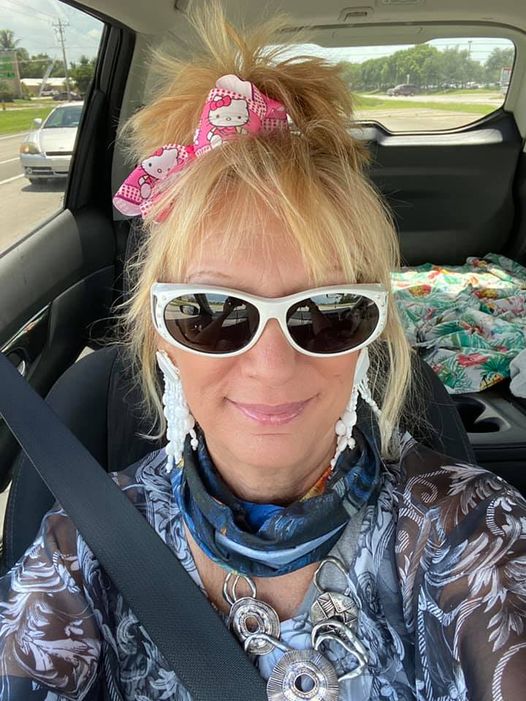 “It’s been tougher than I care to admit.

The last heart surgery was really rough. I came out of anesthesia in terrible pain and vomiting. It was so bad. They had to do so much work, it damaged my lungs and esophagus and vagus nerve. I barely ate for a month, the pain was so bad. I had to take special meds that cost $240 every 4 days!

It was like having constant heart attacks. I would break out in a sweat that would pour down my face and I would nearly pass out. I had to wait 6 weeks to be well enough to handle having the monitor implanted over my heart.

I don’t usually post the dark side of what I’ve been through, but having a broken back, having Covid, and 5 surgeries in the span of 7 months, was almost more than I could handle. Almost.

10 years ago I spent a year in chemo, radiation and surgery because I had 3 kinds of cancer in my body, I was on chemo for 7 years. It takes a terrible toll on the body.

My medical team call me Pinky, the Christmas Miracle. The hospital where I was treated spent the year documenting my case, because I had basically no chance of surviving. They used experimental drugs on me and doctors from around the world followed my progress because my cancer was so big and so advanced. 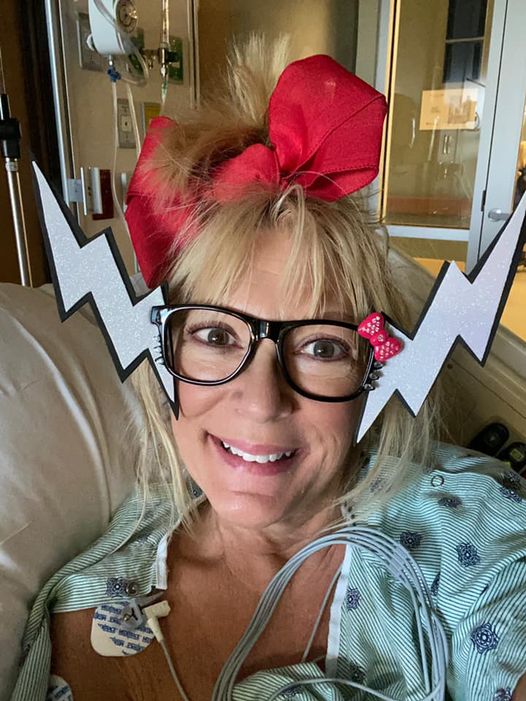 I began working with women from around the world, to encourage them. I was able to pray with women of all walks of life. I’ve had the privilege of praying with women who gave their life to Christ and literally died hours later.

God has used my unique personality and humor and talents in astonishing ways. People just randomly walk up to me and start telling me what they’re struggling with. Or I’ll be walking past someone and God gives that little nudge that I need to talk to them. Sometimes He tells me what is going on in their lives. So when I walk up to total strangers and say, “You think you are alone, but God sees you, and this is what He wants you to know…”, you can imagine the responses. I’ve cried with total strangers so many times I’ve lost count.

My very unique life and purpose on earth is to try and be sensitive to the Holy Spirit in me and hear that still, small voice, and then to have the courage to walk up to strangers.

I had thousands of people I’ve never met, praying for me around the world during that time. I had God-fearing doctors, the best medicine, and unimaginable prayer support. The treatment was so bad I nearly died from chemo several times. I was in and out of the hospital. I was so near death, my spirit left my body twice.

And even though I lived through treatment, my prognosis was that I had a 2% chance of living up to 2 years.  TWO YEARS.

Yet here I am. I’m a fighter. I will be on this earth until I have fulfilled my calling.

I wouldn’t have chosen all the suffering I’ve gone through. I’ve had a VERY difficult life. But it’s not been in vain. I’m a willing vessel and God will use anyone who is willing. I don’t know how long I have left on earth, but I intend to make it count.

And the ONLY thing that counts is pointing people to Christ!

“I would be honored, George. I’m nothing special. Believe me. I’m just one more flawed human that came from a very difficult flawed family. I am so far from perfect.

But that’s the beauty of the Bible. It repeatedly shows us how God can use screwed up humans. The only requirement is that we are open and willing to be used. And that is my life.

When I was facing cancer and not expected to survive, I didn’t say,”Why God? What did I do to deserve this? What did I do wrong?” Which is what most women ask themselves upon discovering they have breast cancer. I got cancer because I live in a fallen world and bad things happen. Period. That is a pointless, unanswerable question.

Instead, I said, “Okay God, what do you want me to DO with this situation?” And He opened up a world of witnessing I could have never imagined.

My body has paid a very high price for surviving. I don’t know a day without pain. Some are just more bearable than others. I would never have chosen to go down this road. But this that Satan meant for my destruction was used for God’s glory.

The suffering I’ve endured throughout my life has not been in vain. There are times the pain has been so unbearable I have begged God to take me. But, so far, He has chosen to keep me busy here. And as I explained to my doctors, there is no expiration date stamped on the bottom of my foot. I know because I’ve checked. And until He is done with me, I will do my best to fulfill the unique calling He has laid on my life.