We’re now providing food to almost 200 families every month.  That probably represents 1000+ people.  There are more people lining the streets with white flags in nearby Chimaltenango.  Public transportation is completely shut down and the country is on complete lockdown starting on Fridays at 5pm through Mondays at 5am.

As we deliver food and spend time with each family, we’re uncovering deeper needs.

Our nearest neighbor Luis, asked if we could help his mom who lives in a nearby village. She’s a widow and doesn’t have much food. The next day we drove together and dropped off 100lbs of food that she could share with her family.  As we talked, neighbors and relatives started gathering around.  Even though I’m dark skinned and could pass for a Guatemalan, most Guatemalan’s can identify that I’m a “gringo” pretty fast.  😂  I wear tan cargo shorts and have an “accent”.

I talked to the now crowd of about 20 and told them, “This will end. Keep your eyes focused on Jesus. He is enough. The food I brought will run out. But the love of Jesus is never ending. We live on this earth for just a vapor of time, but we have the opportunity to live in paradise, forever.  Repent and believe that Jesus is the Son of God.  He died for you and He died for me.”

As I was leaving one of his sisters walked up to me and asked, “Can you take a look at my son’s foot?”

My initial thought was, “I’m not a doctor. I don’t know how I could help?”  I looked at her eyes, full of desperation.

“Por supuesto.  Déjame ver.”  “Of course.  Let me see.”  I knew that at the very least I could listen and pray.

I’ve seen some crazy things in Guatemala, I’ve attended to SO MANY medical needs, I couldn’t begin to count them.  But this one.  This one was hard to stomach.

Little Christian’s foot was severely infected.  (GRAPHIC PHOTO BELOW – last warning if you have a weak stomach)

HOW DOES AN INFECTION GET THIS BAD???  I think there are all kinds of reasons.

* A broken health care system.  Healthcare is “free” in Guatemala.  I’ve seen it work and I’ve seen it not work.  It’s SEVERELY underfunded.

* Lack of trust.  Guatemalans don’t go to the National Hospital unless it’s an emergency. They know too many people who have died there. I JUST talked to a pregnant woman today who said she’s going to use a midwife because everyone gets a C-Section at the National Hospital.

In little Christian’s case, his mom took him in because he had worn through his shoes and cut his foot (they couldn’t afford a new pair of shoes).  They looked at it, they didn’t clean it, they gave him a prescription for antibiotics and sent him home to “let it heal”.

That was 3 months ago. They never went back to get it looked at again.  When his momma took his sock off, I COULD NOT BELIEVE WHAT I WAS SEEING.  If you’re a doctor or nurse, I’m sure this is no big deal.  But for me, I did all I could to stay calm and not let my face say what I was feeling inside. 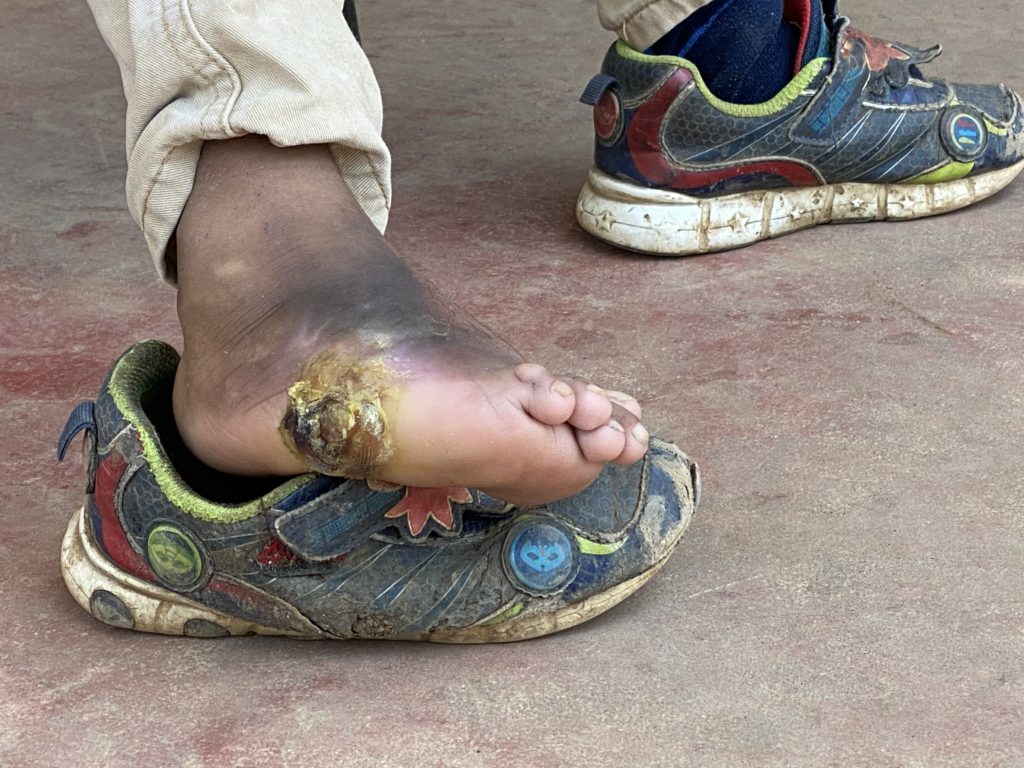 FOUR PRIVATE DOCTORS LATER, we visited an orthopedist and I finally feel like we’re going in the right direction.

“It’s going to be a long process and he’ll probably need plastic surgery. We’re trying to save his foot.”

There’s no infection and Christians foot is healing.  I visit him twice a week.  His family is so kind and grateful.  Karlie (Ordinary Nurses) gave us a set of the smallest crutches, but they were still too tall, so we had a welder cut them and modify them to fit him perfectly. 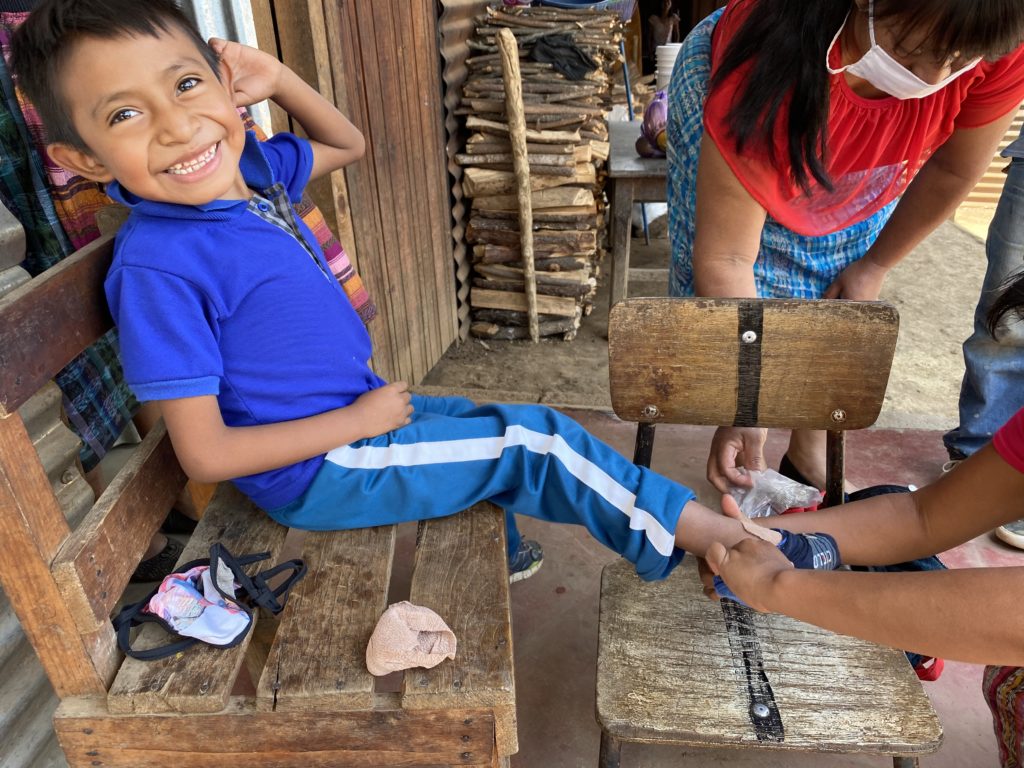 I’m studying the Gospel of John and I have FALLEN HEAD OVER HEALS IN LOVE WITH CHAPTERS 13 AND 14.

In Chapter 13, Jesus’ ministry is coming to an end.  He’s eating His last meal with the disciples.  Instead of thinking about Himself, instead of thinking of the torture He would soon endure, “He got up from the meal, took off his outer clothing, and wrapped a towel around his waist.  (IMAGINE THIS SCENE!) After that, he poured water into a basin and began to wash his disciples’ feet, drying them with the towel that was wrapped around him.”

Jesus doesn’t just TEACH us to love one another, He DEMONSTRATES His love in the most humble way.

I think it’s easy to call ourselves Christians. The question is, are we DEMONSTRATING our love? Are we demonstrating our faith? Can we do more, simply because we love Him?

All our love,
George and Vonda