This time last year I had to make some hard decisions.  I had 60 boys who I was meeting with every Friday and it was just too big of a group.  I knew that if I wanted to reach these boys, the class would have to be smaller.

The first cut I made was to the 1st and 2nd graders.  They would have to wait.  That left about 45.  Earlier in the year I took each of their photos and began taking notes about their lives.  I began to separate the boys who absolutely wanted to be a part of the Academy.

My goal was to get to 15 boys who I could meet with 2 days a week.  I was staring at photos of 32 boys.  How was I going to cut 17 boys who showed a genuine interest in learning?  I prayed for weeks.  I talked through it with my wife.  Any way I looked at it, there were too many boys.  It was heartbreaking.

After weeks of praying, I was able to choose 17.  These boys would be the first class of the Vencedor Boys Academy.  But.  My heart was not settled.  It still ached for the other 15.  How would I tell them?  Like I said, I had some hard decisions to make.

And then, before the new year began, as I was driving to El Rosario, I realized what I needed to do.  The solution was so obvious.  I invited one group of 17 boys to meet on Mondays and Wednesdays and the second group of 15 boys to meet on Fridays.

On the first Friday of public school I invited 32 boys to be a part of the Academy.  It was perfect.  Almost.

The following Monday a young boy named Carlos came up to me and asked why he had not been invited.  I asked him to meet with me in the principal’s office.  We both sat down and I told him that I had not chosen him because he was not kind to the other kids.  I had seen him physically hitting other kids.  I told him that he didn’t pay attention and it seemed like he didn’t really want to be there.

Carlos didn’t say anything.  He sat there with his shoulders slumped.  He nodded his head in agreement.  He didn’t argue or fight his case.  He knew.

I don’t know why I asked the question that opened the door.  But I did.  “Carlos.  Do you want to be a part of the boys academy?”

He looked up and said “Yes” but with caution.

“Do you think you can be kind to your classmates?  Will you study?  Hard?”

“Carlos, I don’t know why I’m giving you this chance, but this is your only chance.  If you hit one boy, you will not be able to come back.  There won’t be a second chance.”

And here’s where it turns just plain weird.  Carlos is my best student.  Not just in the Friday group…he’s the best student I have of BOTH groups.  He is the first to raise his hand to answer questions.  He hangs on every word during bible study and…he is kind.

You can imagine my shock when Carlos brought his 1st quarter school grades to me.  He was failing 7 of 10 classes.  Yes.  You read that right.  He was FAILING SEVEN OF TEN CLASSES.  As I write this, I still can’t believe it.

Can you guess who had the most improvement?  Carlos.  He went from failing 7 classes to just failing 2.  I met with each of my boys individually to discuss their grades.

“Carlos.  Tell me, how are your grades this quarter?”  I asked but I already knew the answer.

With extreme hesitancy he said “I failed two classes Yorch.”

“What do you think about that?”

“I need to work harder Yorch.”

“Do you know what I think?”

He just shook his head.  He had no idea what I was thinking.  And he was worried.  He didn’t want to disappoint me.

“I’m proud of you Carlos.”  I could barely get the words out.  Tears were glossing my eyes.

“Do you remember when you came to me to ask if you could be a part of the academy?”

“You make my job worth it Carlos.  YOU are why God has me here.  I am so proud of you.  You still have some work to do, but right now you need to celebrate what you have done.”

Finally, he smiled.  “Thank you Yorch.”

And that was that.  I gave him a hug.  Neither one of us let go right away, maybe for different reasons.  But for me, it was because he was God in the flesh telling me, showing me, that these boys are getting it.  To press on.  “Don’t be discouraged.  Be strong and courageous George.”

He was the very last boy I met with about their grades.  And as he left, I told him “I love you Carlos.  God Bless You.  Follow Jesus always.” 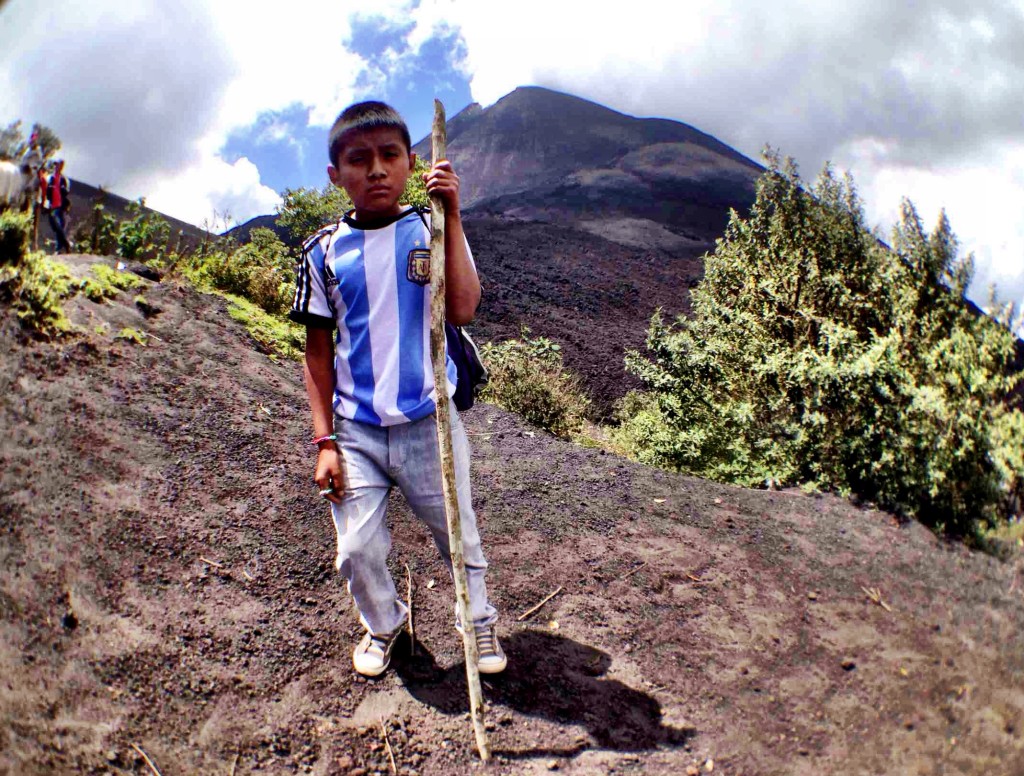