For Such A Time As This

As of today, Guatemala has 51,542 total cases and 2,013 deaths. Guatemala is a small country but very dense. Overall, and in my humble opinion, I think President Giammattei has done an amazing job with limited resources. He flattened the curve. I believe because he’s a doctor, he took the virus seriously and acted quickly.

Vonda and I believe there’s a strong chance schools will not reopen physically this year. Although some private schools continue online, that’s not an option for our students. We don’t have the computers or the internet availability in our small village.

We believe our 7th and 8th graders can catch up over the next 2 years with extended hours, extended days and shortened breaks. Unfortunately, we may not have that opportunity for our 9th graders. This is our last year with them before they move on to high school.

On July 13th we decided to re-open the academy for our 9th graders but with very scaled back classes. We have just six 9th graders who come in two shifts. They study Mondays, Wednesdays and Fridays for 2 hours.  Three boys attend from 8-10am and 3 boys from 10:30-12:30pm.  We check their temperature, we ask if any of their relatives have a fever or are coughing. They wash their hands when they arrive and again when they leave.  They’re required to wear a mask during class.

They take a 45-minute math class and then a 45-minute language class. They turn in and pick up homework for their other classes. They all sit at different tables and we hold classes outside, on the West side where we have shade. 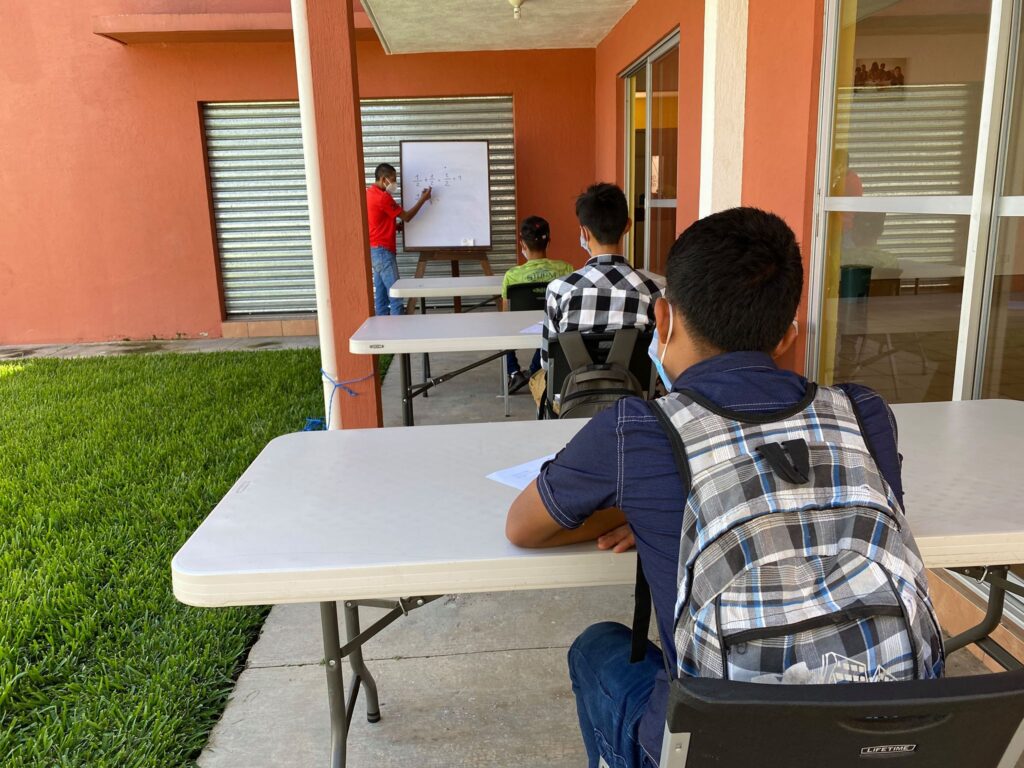 If all goes well, in September we may increase classes to every day, but stay with 2 hours per day.

Our 7th and 8th graders come in every two weeks to collect packets of work they can do at home. As of today, August 3rd, they begin to come in once a week to pick up class materials.

All of our students have phone numbers for our teachers. If they have questions about the work they’re doing, they only need to text or call, and the teacher will call them back.

Every one of our students, 3rd – 9th grade, come to the academy once a month to pick up 100 lbs of food, including rice, beans, corn for tortillas, cooking oil, pasta, powdered milk, coffee and soap to wash clothes. You can see photos of those students HERE.

Over the last 8 years, we’ve often said, God may have brought us here “for such a time as this.”  We said that about Wilson who received a lifesaving surgery, we said that about Sarah who we helped get to a safe house after her boyfriend threatened to kill her, we said that about our 4 littles when we got to bring them home, and we say that now.

God may have brought us to Guatemala, to be here during Covid-19, to feed and love His people, “for such a time as this.”